Galidor: Defenders of the Outer Dimension

In third-person action adventure game Galidor: Defenders of the Outer Dimension players take on the role of the hero Nick Bluetooth of the hit Fox Kids TV series with the same name. The action-packed game features a quest to free friends from the clutches of evil tyrant Gorm with the ultimate goal of finding the portal to Galidor and ridding the Outer Dimension of its wicked ruler. Nick can “glinch” or morph his limbs into other objects and gain new skills and abilities the farther he gets into the game.

I was Lead Programmer at Asylum but was not leading the project, as I was working on the engine. 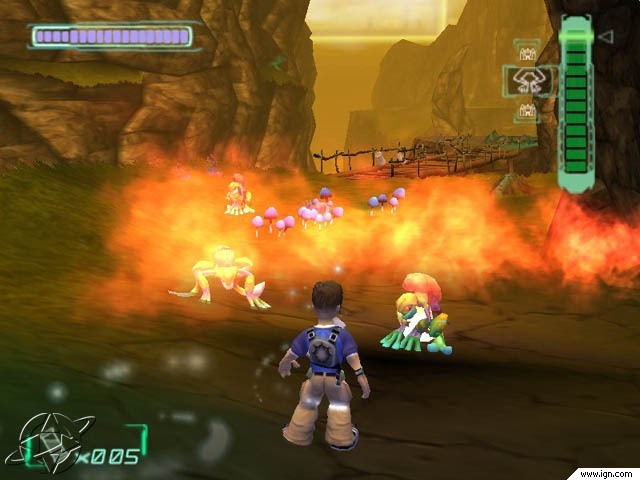