Dictator Defense is a simple, extremely addictive variation on the fortress defense game. Armed soldiers move from the top of the screen towards the defensive wall at the bottom of the screen, and the goal is to put up defenses in the path of oncoming enemies and destroy them. Players are equipped with flamethrowers, bombs, rifles, automated laser machines and tank-busters, as well as bank units to purchase more weaponry. The game incorporates quirky details, such as the characters of the enemy dictators, as well as iPhone music integration to allow users to access their own music library from the game.

Dictator Defense was conceived and developed entirely by the Barcelona studio under my management.

Digital Chocolate’s quirky spin on the tower defence genre is a triumph, boasting bold visuals and a cheeky sense of humour. (…) the freshest mobile strategy game we’ve played for some time. 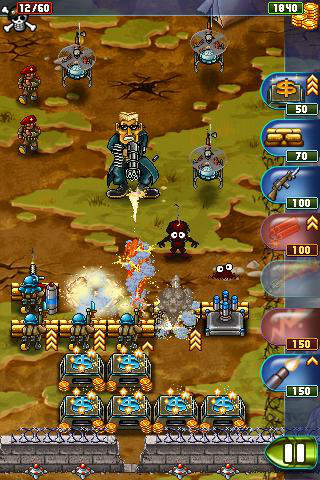 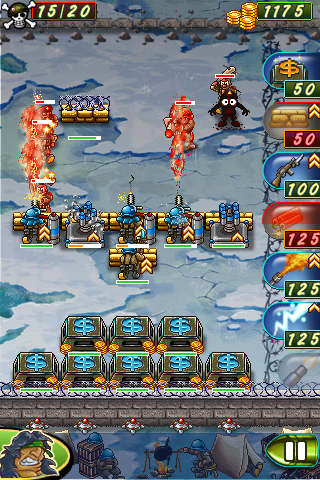 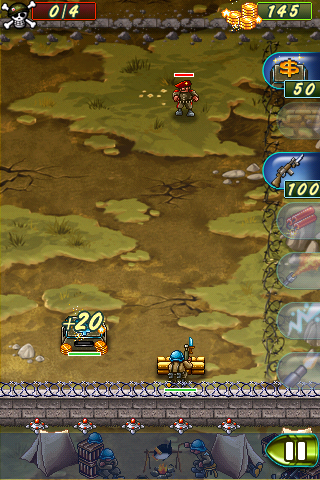 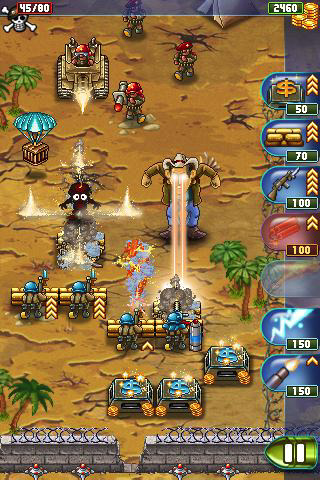