MoviDominó is the mobile version of the traditional domino game, where players draw seven tiles, then have to empty their hand while blocking the opponent’s moves. The game is highly realistic and includes amongst other features four different tournaments, progressive difficulty, online scorecards, player and team customisation, a very easy control system and a sleek user interface. It was the first Microjocs game to integrate advertisements of new games.

MoviDominó was awarded with a Gold medal by the online magazine PTGamers and with a Silver medal by Mobile Game FAQS. 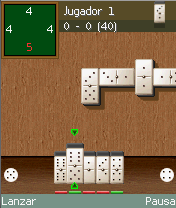 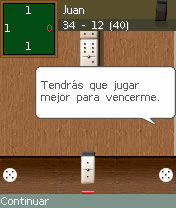