Supervillanos was the mobile game of the TV series with the same name, created and produced by Globomedia and Amena for the Spanish market. It’s an addictive arcade and platform game where players have to use the supernatural powers of main character Rem to destroy as many approaching balls as possible. Supervillanos was released in Spain only. 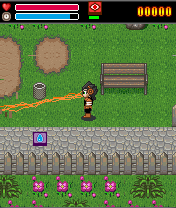 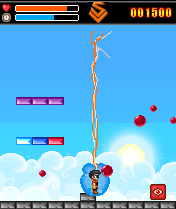